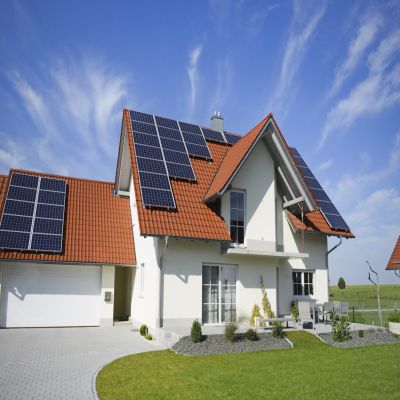 After the August 17,1999 Marmara earthquake CEF had prepared four projects as mentioned above. Two of these projects found the opportunity to be implemented and took the support of four other establishments and are applied at the UNDP tent-city in İzmit. The project was carried under the supervision of CEF starting in November 1999 and finalized in March 2000.

A 100 square meters earthquake resistant steel construction building was made for this project. 40 solar collectors and PV panels with a power of approximately 3 kW were placed on the inclined roof of the building facing south. The area around the building was organized as a leisure area or a gathering place and was illuminated with the electricity supplied by the solar PV panels. Inside the building was designed as a small science museum having various kinds of experimental sets and educational posters.

The hot water supplied from solar collectors was connected to the two shower cabins which are placed at the tent-city (each cabin contains 8 showers), and another washing unit.(for kitchen use)